I sometimes look in my garden shed and wonder how on earth people used to manage 100 years ago before petrol and electricity combined with garden technology. From a purely frugal point of view I guess that to save money altogether we ought to revert to that era. Hand tools don’t have carbon emissions either. 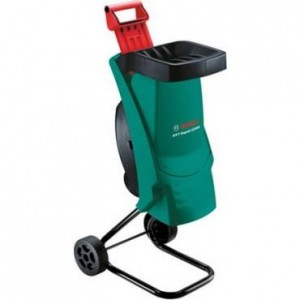 But modern age hustle and bustle deems it necessary that we have machines which will take the back ache away and give us more time to rush around making money to buy more time saving machines.

What we first have to look at what we really need, is it going to save us time and will it generally make my life easier? or is it a gadget waste of money?

Power tools come in three types: corded electric, petrol engined and battery. New technology is starting to make battery powered machines worth looking at. All the advantages of electric but no cords to cut or run out.

The two most popular and maybe justified garden power tools, after the lawnmower, are the strimmer and hedge cutter for edging the lawn and keeping the hedge in trim.

You can choose electric or petrol with varying powers and widths etc.
For the smaller garden a cheap electric model would be fine, but has the drawback of cables which can be dangerous. Using an RDC safety socket will prevent electric shock, but not any repair to cable and the twisting which inevitably happens after a few months of storage.

Our experience is that for lawn edging it is faster and easier to have some manual lawn edging shears.

Petrol strimmers go from about the 25cc to a staggering 50cc (that’s the same size engine as a moped !!).  If you’ve a large garden or a huge patch of weeds to clear, then a petrol strimmer makes sense. If you’re just clearing for the first time, consider hiring rather than buying.

If you’ve just got a small hedge, then a pair of shears will make short work of keeping it in trim. It does take a little more skill to use shears than electric hedge trimmers but you soon learn. This way you’re not messing about with cables or motors which can take more time than cutting the hedge!

If you buy an under-powered small electric one for a large hedge, you’ll soon regret it. There are various lengths and cutter types, so get the right one for you Electric cutters go from about 400watt to 700watt and have lengths from just about 12″ – 24″.

If you have a large hedge and especially a tall hedge, then I believe that a petrol hedge trimmer is a must. Think of standing on a ladder, leaning over with cable to fiddle around with as well.
Petrol cutters are more expensive but will give you better safety in those circumstances and will last a long time if well maintained.

These are items where we really do have to ask ourselves if we really need them. A lawn rake is pretty good at clearing leaves from a lawn and a brush will cope with a drive. Having said that, if time is short, the backs playing up and you can afford it, they will do the job in a fraction of the time, albeit if only mainly used during the autumn months.
For real power and cost effectiveness, once again petrol is best and easier to store. You can dance around the garden, turning from side to side with ease.

One big advantage of leaf blowers is that some models will chop up the leaves as they suck them up. This means that they take up less space and can be rotted down into useful leafmould faster. If you don’t have the room for a leafmould bin, just pop them into a plastic rubbish sack. Damp them down if dry, tie up the bag and poke a few holes into the bag. Then leave it in an unused corner for a year and when you open it, they’ll have reduced in volume to about a fifth of useful soil improving leafmould.

If you’ve got a garden with a few bushes and a hedge, then an electric shredder makes a lot of sense. They’re cheap to buy, from around £100 and will last for many years. By chopping up the garden waste it not only takes up less space but will compost far faster. I’ve had hedge cuttings that can take six months to compost heating up within an hour after shredding.

If you’ve a large garden and a lot of bushes etc, then it may be worth looking at a petrol powered chipper. These have the oomph to tackle quite large branches and are far faster to use. You can put weeds that probably clog up the smaller electric shredder through as well. The prices really jump for these machine, starting around £500 but well worth keeping an eye out for a decent second hand model.