↓ Skip to Main Content
Home › Making Cheese at Home, How to Make Cheese

Making Cheese at Home, How to Make Cheese 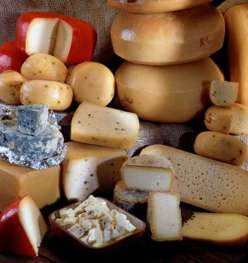 Making cheese is not difficult as long as attention is paid to the quality and handling of the milk, hygienic procedures are followed and the appropriate equipment is used. It is appropriate to look at what processes are involved and what equipment is needed.

If milk is left it will ripen and eventually turn sour. This is because bacteria act on the milk sugar lactose, producing lactic acid. This, in turn, brings about a separation of the milk into solid curds and liquid whey. It is the curds that eventually form cheese.

The problem with producing cheese in this way is twofold:

The safest way of producing cheese is to first pasteurise the milk by heating it to 66°C for half an hour, so that any unwelcome bacteria are removed. Then, the milk is cooled and a culture of appropriate bacteria (a lacto-bacilli starter) is added so that the milk is ripened without needing an extended period to do so. Finally, rennet is added. This acts on the casein of the milk, making it coagulate and form curds and whey.

Traditionally, the evening’s milking was set aside to ripen and then mixed with the morning’s milking, so that it provided a natural starter. Many people still use this method and there is nothing wrong with it as long as the quality of milk in its production and handling are second to none. If there is any doubt about the quality of the milk, it should be pasteurised before use.

That isn’t to say that all raw milk cheese are unsafe, when making cheese with raw milk it is just a case that careful handling and extra attention to cleanliness is needed. Traditional Cheddars were all made from raw milk, and these can still be bought or made at home, and you will find them to have a deliciously nutty taste that cannot be replicated with pasteurised milk. Obtaining raw milk is a little more difficult, but there are many suppliers in England and Wales that are registered to sell raw milk – both goat and cow. 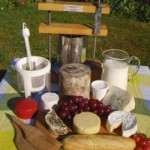 by Katie Thear The amount of equipment needed obviously depends on the scale of operations. For the home producer, many existing kitchen items can be used, but there are specialist suppliers who cater for both commercial producers and hobbyists. Cheese... 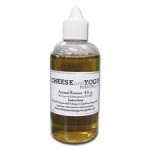 Ingredients for Making Your Own Cheese at Home

by Katie Thear There list of ingredients for making your own cheese at home is actually quite short and simple, and very easy to obtain.Rennet for Home Cheese Making In cheesemaking, it is not always convenient to have coagulation at a very acid... 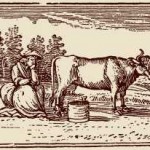 Milk & Starter Cultures for Making Your Own Cheese at Home

by Katie Thear Milk for Home Cheese Making Milk is obviously the main ingredient and may be from cows, goats or dairy sheep. There are also some who use buffalo milk. In fact, from the regulatory point of view, milk is recognised as being a product...