Many domestic appliances have a standby mode – you may think you have switched the appliance off but it is still using electricity to stay in a standby state. Note this article was written in 2005 and since then the manufacturers have improved and the running costs of standby are reduced. Still not zero! 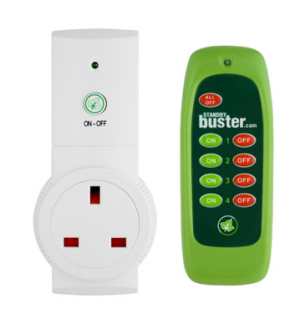 This unnecessary electricity consumption is costing you money and is directly contributing to increased carbon dioxide (CO2) emissions.

What does leaving your appliances on standby cost?

Each appliance consumes a different amount of electricity when it is on standby. The amount of energy used can be calculated for individual appliances, however, a typical home entertainment stack of TV, DVD, digital TV set-top box, a video recorder and a stereo hi-fi system was calculated to cost about £40.00 a year while on standby back in 2006 by Which?

On that basis your current waste could be costing you £60 or even £80 a year! That’s just one room.

What is the environmental impact of standby?

Norman Baker MP, the Liberal Democrat’s environment spokesman in 2005 announced he had calculated that the CO2 emissions from electrical equipment being left on standby that year in the UK were equivalent to 1.4 million long-haul flights. Put another way, the entire population of Glasgow could fly to New York and back again and the resulting emissions would still be less than that from devices left in sleep mode.

It was estimated that in the UK in 2005, 7TWh (that’s seven thousand million kilowatt hours of electricity was consumed by appliances on standby). If that electricity was produced by coal fired electricity stations, it would consume about 1 million tonnes of coal or over half of all the coal that is open cast mined in England and Wales

How to Stop Standby Costs

It’s really quite simple, if the appliance has a mechanical off switch, then use it. Otherwise, switch off at the plug and then you know there’s no electricity being wasted.

If you don’t want the fuss of doing that, then consider a standby saving remote control and socket set. You just point and click to properly switch off those appliances.

Get The Best Electricity Deal

Search around for the best deals and get what’s best for your needs, not theirs! Energyhelpline.com help customers save money on their gas & electricity, home phone and heating insurance through a price comparison service. The service is only available for UK residents. The service is free of charge, impartial and independent and is certified by Energywatch the regulatory body. Energy Helpline