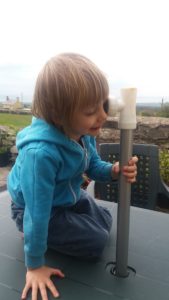 The past month has been hectic, in part due to having made a pretty big decision regarding Gabriel’s education. After a few months at Cylch we became unhappy with how he felt about schooling, the effect upon him, and the education he would be receiving. We’d debated home educating before, but Gabe had shown an interest in going to school and in line with his wishes he had started his Cylch (pre-school) place, before that having been part-time with a childminder. Over 10 weeks there he became increasingly unhappy and when I again suggested home educating him he asked me to, we spent another 4 weeks debating it fully and figuring out how we could do it, and in the end it became the clear choice for us as a family.

This means a constant little bundle of energy distracts me from getting a lot done in terms of blogging and site work now, hopefully though we are settling more into our own little routine and I will get back on track and there will be more posts here.

I’ve spent a large chunk of today mincing meat and batch cooking. I made a 45/45/10 mince mixture of beef steak, beef heart, and calves liver and used it to make a giant batch of bolognese, meatballs, and chilli. The bolognese will be stretched further in lasagnes as well as some pots for quick meals for Gabe with pasta. Tonight we had a delicious homemade nettle pesto – young nettles (picked for free) blanched, garlic, pine nuts, olive oil, and Parmigiano Reggiano all blitzed in the food processor – with the meatballs and spaghetti plus some broccoli on the side. Gabe calls it worms and boulders in the woods and eats seconds usually, so an easy and healthy meal for little ones. 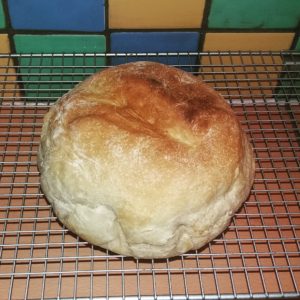 When feeling organised I meal plan, batch cook, and keep on top of healthy but frugal meals for everyone. However the last month has felt like a loop of disorganisation and costs! Throw in a breaking down car (twice) and the need to fund a second car to be able to access more home education activities, and our budget is super tight and the need to meal plan more important than ever.

Yesterday as well as batch cooking I also did a full cupboard and freezer listing and worked out that again I’ve been hoarding all the offers! The freezer is rammed with meat and fish and the cupboards with staples such as flour, pasta, rice, and legumes. So time for some savvy meal making and keeping our monthly food spending under £100 for a couple of months – not too difficult considering the volume of real food we have stored so all we need is fresh fruit and veg, milk, and other dairy.