The UK ISA market is worth an astonishing £156bn a year. Nearly 40% of all UK households hold a cash ISA of some sort (more when you include stocks and shares ISAs) and of that 40% a significant majority hold the maximum amount allowed by the allowance. 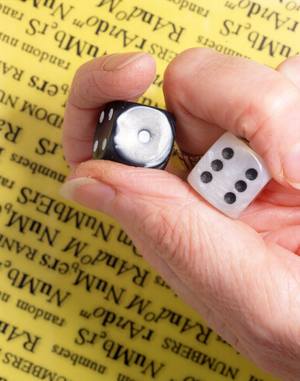 The market is, then, extremely lucrative, and for banks attracting customers to ISA accounts is an excellent way of making money. Unfortunately, because the Bank of England base rate is so low many can’t afford to offer really good deals so the average ISA earns about 0.4% in interest.

It’s no surprise, then, that a recent BBC poll found that over a third of Brits feel that all accounts offer the same value and that there is no point trying to change.

In a drive to get more customers some banks are offering much higher rates that look like excellent deals. Unfortunately, they’re not actually better deals because the rates are only temporary and after a fixed period the high rate of interest drops to one that is much less attractive.

The problem is so bad that the watchdog Consumer Focus has asked the Office of Fair Trading to launch an official enquiry. The watchdog argues that Brits are losing out on up to £3bn a year of interest, a problem that is exacerbated by the difficulty of changing accounts.

The complaint by Consumer Focus raises an issue that customers have had to be wary of for quite some time. When is a good deal actually a really good deal? Headline rates of interest that are really catching often have something hidden in the small print that makes them significantly less attractive.

The one plus point for consumers is that by law the banks have to advertise all the details of any deal, so if you do take the time to read the small print you can usually spot what is a genuinely good deal and what is an account thrown together just to draw in customers.

Another thing you can do is consult some of the well known financial advice websites on the internet. Many of these look through all the small print and finer details so that you don’t have to. One particularly good ISA deal at the moment is that being offered by Legal & General so if you’re looking for a place to start your search, it might be worth looking there.

One thing to keep in mind is that comparison websites don’t always pick up what is a headline rate and what is a good deal. So if you hunt for an ISA on such a website and find a deal that looks amazing, be really careful to check the small print thoroughly to make sure that the good deal you think you’ve found is actually everything it’s cracked up to be.