How I Just Saved £162 on Broadband

I’ve just saved £162.00 on broadband – it took me less than 40 minutes and not even the hassle of changing suppliers! 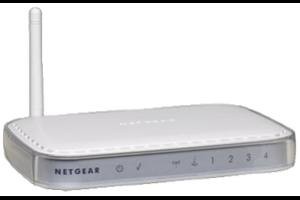 Having saved over £1,000 on LPG I was on a roll, so I turned my eye onto our broadband. I can’t remember when we last renewed our contract, it was at least a couple of years back so we could change supplier without penalty.

Now the last thing I actually want to do is to change my broadband supplier. On the whole it works well, we’ve better line speeds than we need and it rarely dies or gives any problem. Because most of my work is on the internet, a long period without supply would be a nightmare.

Check What You Get for the Money

The first thing was to look at what I was spending and getting for the money. This was phone line, voicemail, caller id, free 0845 and 0800 calls and inclusive ‘free’ daytime calls to landlines – not just a weekend.

Popped my details into a price comparison web site and then checked what everyone was offering. Most were much the same on the telephone line although some didn’t offer the daytime call package or free 0845 calls.

I ruled out TalkTalk – I’ve experienced their customer service in the past trying to help a friend with broadband connection problems. I also think their handling of the recent data breach was disgraceful. There’s no way I’d use them however cheap.

There were a few suppliers offering very slightly better deals than my existing ISP is offering, but 50p to £1.00 a month isn’t enough to the hassle of swapping supplier worth it.

But I wasn’t paying what my current supplier is offering new customers; £1.00 a month unlimited broadband for 18 months. I was paying them £9.99 a month for broadband. So I phoned them.

I was absolutely blunt with them. “I want the same deal you’re offering new customers now or I’m going to change suppliers.” The chap in the call centre explained their deal was just for new customers but as a goodwill gesture he could reduce the charge to £5.00 a month on an 18 month contract saving me £89.82.

My response was “Thank you, but that’s not good enough. I’ll have to cancel with you and swap to another supplier, which seems a bit silly as I’ll then be eligible for your deal”

We’d reached the point in the Tangier market haggle where I walk away and the stallholder shouts for me to come back!

He asked me to hold while he spoke to his boss and after a couple of minutes he came back and agreed to broadband at £1.00 a month for 18 months, saving me £161.82 over the contract. Result!

So to recap – I spent 20 minutes checking on line, about the same on the phone and saved £162 on my broadband bill without any hassle or bother. Even the free phone call was cheerful – firm but not unfriendly.