The past few years have seen an obsession with the price of petrol that we have not experienced since the aftermath of the Arab Oil Embargo of the 1970s. And while fuel efficiency is important, there’s also a growing awareness of the environmental credentials of new cars. 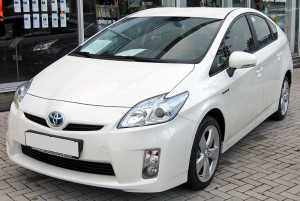 For the motorist who wants to place efficiency high up the list of priorities when buying a car, the problem is that you will undoubtedly pay more for the latest technology. That’s why, if you are in the market for a more environmentally-friendly car, the more money you have saved, the better.

If you need to save up some initial funds to invest in an electric car, you can set up a monthly savings account with Barclays which makes it easy to save from £20-£250 each month over a year long period.

Petrol engines are becoming cleaner and more efficient, while diesels have always represented a less thirsty traditional option. Then there are full hybrid models – such as the iconic Toyota Prius – which mate a petrol engine to an electric motor. Looking to the future, mass-produced hydrogen fuel cell cars, which would produce nothing but water as a by-product, are potentially the solution to all our transport ills.

For the majority of our driving needs, though, there is a good solution that’s available right now. Electric cars have been in the news after the Nemesis broke the UK land-speed record for electric vehicles.

For those who do most of their driving in and around a city, a pure electric car (one which you must plug in to recharge) makes great sense. Although they are significantly more expensive to buy, their running costs are far lower – around 80 per cent cheaper – partly due to electricity not being taxed as transport fuel. And as they produce no exhaust emissions, pure electric vehicles are exempt from vehicle tax.

To help offset the up-front cost, buyers can take advantage of the government’s Plug-in Car Grant. This reduces the cost of the ten qualifying plug-in cars for personal or business use by £5,000, bringing them closer to the cost of a conventional vehicle.

Can I be electric too?

Apart from cost, electric cars still have some limitations. For example, you will need access to off-street parking so that you can recharge your car overnight, unless you live close to an on-road or public charging point.

The other main limitation is range. Electric cars are suitable for shorter journeys – making them ideal for regular commuting – but few can cope with more than 100 miles a day. This limits their use as the only family car. Range-extended electric cars – such as the Chevrolet Volt and Vauxhall Ampera – address this problem as they can run on electricity only around town, but have a small petrol engine that can back-up the charge of the motor for longer journeys.